Showing posts from May, 2008
Show all

Barack Black Eagle and the Bullet


Amerika? Hello. I know you.

We have this very bright man, who is part Native American, part African American and part White. Very interesting. He is very exciting and brave and shiny. It is almost certain that someone will try and kill him. In recent days it seems to even be part of Hilary Clinton’s strategy. It has become a topic for off-color jokes on fox news.

Obama has been adopted by a Crow Nation family, the Black Eagle Family. So now he is called Black Eagle. I wonder if he is a smart as he thinks he is. Since his election would change everything, certainly his assassination would turn everything to shit. Instead of a brave new day we will have a gigantic bucket of shit dumped on the world if he is killed. In this sense I think he has a gigantic ego which will do no one any good, him least of all. Why would he put the country in this position? It seems suicidal and a little psychotic that he choose this moment to change everything. If he is kille…
Read more 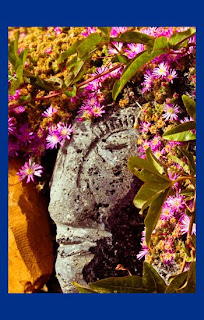 (This is a minor footnote to the previous post)
I was really pleased to hear recently that the original principle ceremonial elder and mide’wi-an, Keeper of a Great Bundle and founder of AIM is continuing his teachings and making available the mide ceremonies of the ancient Ojibway culture. Eddie Benton-Banai is a revered and innovative tribal elder. His religious credentials, like those of the Dalai Lama, come from the generations in his direct line. In the great northern woodlands of North America and Canada these teachings from this tradition are among the most precious. Eddie Benton-Banai was the elder who first gave his permissions and blessings to the organization later called AIM. AIM was pretty righteous in those few early years, there is no doubt. There was a strong unity between the woodland and plains groups, as well as many of the Eastern Tribes (Algonquian and Iroquois Confederacy). In those early years those young AIM boys did good work and stayed closer…
Read more

Dennis Banks: A Plastic Hero for the Plastic Press

The exclusively white press that bothers to cover this non-event all wax poetic about the virtues of this great American Indian leader. He is a great leader only in the eyes of these white reporters, perhaps because he is the only tribal person they know how to write about and spell his name correctly.

Tribal people are drowning in a gigantic ocean of bad information. Bad and incorrect information offered by the journalists and reporters of the main stream media. As the MSM has failed to find any reason to explain the lies and thefts of the Bush Administration, they remain the same MSM that does not care to know anything real about tribal people. The only time you hear about tribes in the MSM is when they drag out these tired and aging “heroes” for yet another round of being unable to tell fact from imagination.