Showing posts from December, 2006
Show all

"You can bet your ass
I won't go quietly

Robbie Roberston in
Contact From The Underworld of RedBoy.

James Brown: RIP.
I used to party a little with James Brown back in Columbus Ohio just before and after the Vietnam war. All the best R and B and Soul singers would come to Columbus and usually there was a party afterwards. I always went with several beautiful girls, so it was easy to get an invite to the afterwards parties.

I also spent a lot of my childhood, and a few adult years, in Augusta Georgia. James Brown is the best thing to ever happen to Augusta. It is also a city know for the masters golf tournament, but no one I know in the real world cares much about that. I had an affair with a married woman who lived at the augusta country club, so that part was fun. I used to sneak across the greens in the middle of the night to see her. James Brown was very influential in my teenage years, he was very…
Read more 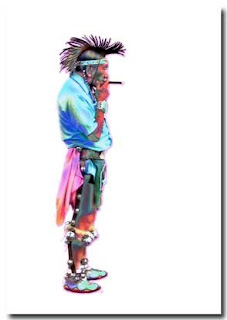 (Each one could hold a sacred object through the night)

I feel
I breathe
My whole body vibrates

Sweetgrass
Covers me
Surrounds me
Remembers me 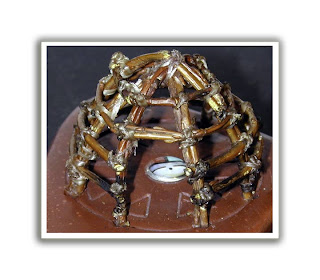 Where is the sacred earth? What time is it inside your soul?
What is the difference between sand and stone
and wind?

the sun goes south then it goes north
then it repeats this again and again.
Ancient people went to great lengths to understand this moment.
Every ancestor of Every Person.

Hold me tight. Hold me all night.
I do not remember everything
I am not sure why I came here

and the pain awakens our sacred souls
and we remember things we never really knew.

Teaching Down the Moon (Stories of Sacred Woman)

Tuesday
(Vicinity of the Full Moon)
Six women come for diner and a discussion on the possibility of setting up a Moon Lodge for the purification and ritual education of and for the women. tribal Culture has produced a powerful, clean and effective ceremonial method of bringing power to the dream, power to the awakening and power to the sacred women. In the night they were holding Eagle Feathers and finding out what PHASE of the MOON they were born under.......it was awesome.....

(Earlier that day)
The wine of Ernest Hemigway, when he was in Italy was this wine. We sipped the wine and discovered new friends with deeper layers and more than one sde. Life shows you surprises and this week we had many surprises. One night diner with cients and the next diner with friends. Invitations to work in Milano and reservations from Sicilians to come to this space and make some meditations and studies with this sacred. The table is sacred space but the topic is also sacred space, so this goes very well…
Read more
More posts