Showing posts from October, 2007
Show all

Shadows Pretending to be Light

The quote above could be from any of our heroes of the past…writers, scientists, the occasional politician, artists.

At Taos Pueblo, and other tribal communities with Casino operations, there is a lot of secrecy. The money comes in one door and no one ever sees it leave. The people have nothing, being one of the poorest tribes in an otherwise affluent New Mexico economy.

In the United States Government there is a tiny, ugly little man who moves around in secret. He has made a government which ignores the Constitution and basic human rights in favor of doing the war on terrorism. He is the guy the terrorists are after, not you and me. So he hides in his secrets and all the men and women of power in the government seem powerless to stop him, or even question him. His name is dick cheney, the so-called vice president of the united states.

In your heart there is a voice which speaks the truth to you. You know it is the truth because it always asks you…
Read more

Pilots, Guides, Teachers and the Rule of Silence 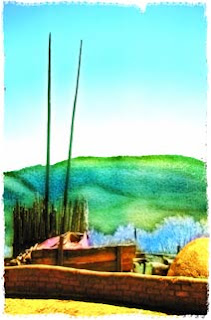 There is so much more on the earth that we have yet to discover. Science has yet to credibly decipher and understand even the most simple of the rock art in North America. How did those ancient artists paint such vivid colors in caves where there was no light. The paintings also show no carbon stains as might be expected if one were using candles, torches. Some Indians have argued that people were disciplined members of special societies and that seeing in the dark was no great challenge for them. Sometimes I believe this explanation…or if not believe, at least can imagine it.

As any good strategist knows, moving and living invisibly is a particular requirement of people with secrets. Poor people, working people, the ordinary people of the world leave great heaps of rubbish and marks of their passing. The members of secret societies leave no mark or trail, unless one knows precisely what to look for.